Roulette No Longer Just For The Casinos!

For casino-goers and avid gamblers, the word roulette brings up a very specific mental image of a red and white wheel and a board of numbers staring back at them from the table. The rules are relatively simple, and although some will try to argue that there is a “strategy” that works better for placing bets, those who understand statistics know that it really is just a game of chance. This makes the process and game-play formula super simple. Spin the wheel. Hope that luck is your side. Take the winnings or suffer the consequences depending on the outcome. It is because of this simplistic formula that the game roulette has caused so many spin-off games of the same nature. 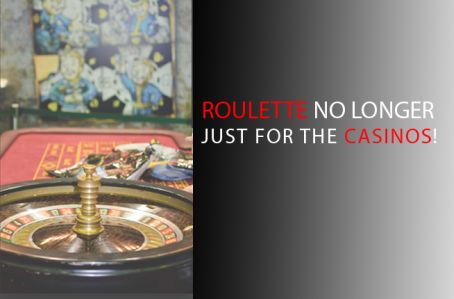 The idea of a prize wheel being spun at a carnival or street fair is one that many people are familiar with. It’s even a concept that many children come into contact with far before they are aware of the game that caused the fun prize-wheel’s creation. Roulette is, however, the source of inspiration for such games.

Perhaps the most well-known spin-off of roulette, and a game or term which may even be more closely associated with the word ‘roulette’ for non-gamblers than the original game itself, is Russian Roulette. While the sinister game itself is a spin-off of the casino classic, it even has its own further spin-offs with the term ‘russian roulette’ being appropriated as a commonly used global business term. In addition to these two games there’s also that which any university student has probably come in contact with, The Spins – a Roulette themed drinking game in which shots are placed on the board instead of chips.

All in all, roulette is a game which has certainly transcended its placement in a casino. It’s a game that is fully integrated into everyday life, and it’s a game which despite traveling outside the gambling-world walls has remained a popular classic for centuries.