Film directors love story plots with gambling and casinos. There are countless films that revolve around gambling or feature casino games. Here are a few movies – old and new – with roulette as part of their plot. 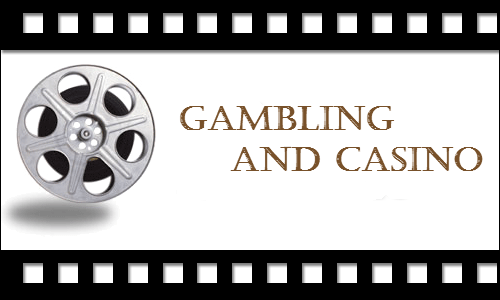 The movie is a classic. Rick, the protagonist, fixes the roulette wheel in his café, after which number 22 comes up most frequently during the spins. However, it’s not only for tricking people. He helps a newly-wed couple win money, which they need for getting their American visa. By doing so, he helps the couple from getting into trouble at the start of their marriage.

The movie features a couple who leaves their boring lives behind and goes on a trip. All is going well for them until they end up in Vegas. The wife takes to the roulette wheel and loses most of their money playing game after game. By the end of the film, the couple longs to go back to their boring old lives.

The movie by ace director Martin Scorsese is about Las Vegas, greed and power. Robert De Niro and Sharon Stone infuse the film with extra glamour and charm.

This one is a cult film that features roulette in its final segment where the heroine wants to win big so that she can stop her boyfriend from committing robbery. Her final win and screams added to the film’s popularity.

The movie is based in London and is an out and out roulette film. The hero is a failed writer who becomes a croupier, giving the audience a chance to see the world of gambling through his eyes.

The movie is about a young man who bets on the roulette table to win money needed for his father’s treatment. It shows different versions of roulette.

Though Toy Story 3 does not have much to do with gambling, one scene features a roulette table where the characters win batteries instead of cash.