Croupier Promises Not Out of Bounds

In the United States, a decision to drop charges implies that lucky number talk is legal. Similar incidents have occurred in Europe, Canada and Australia, but none of those cases materialized or moved as far along as this one. 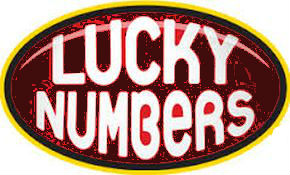 In most casinos, professional croupiers work on commission. Although the base pay in London is about £16k to £30k based on experienced, the best performers pull in six figures. This is the reason why croupiers are a lot like salesmen, and anyone who has been in a casino has seen this in action. Croupiers will engage their audience, sell them on larger and additional bets and, when table activity is low, attempt to attract people off the main floor. This is called lucky number talk because the sales pitch will often go something like, “What’s your lucky number? I can help you hit it.”

The implied promise in “I can help you hit it” and similar language is the rub. The informed gambler understands that there is no implied promise. The argument that has cropped up in the U.S. and elsewhere is that the novice, the person in a casino for the first time, for instance, may have no concept of that at all. Furthermore, an effective salesperson could take advantage of that ignorance to make a person believe that their chances are better than they actually are.

In the U.S. situation, events had proceeded far enough along that both the croupier and his supervisor had been suspended and criminally charged due to allegations brought fought by patrons of the casino. The police filed the charges and a district attorney chose to move forward with them. The case, however, never made it to court because the judge who was to oversee the case pressured the DA to drop the charges presumably based on the notion that ignorance is the fault of the consumer and not the dealer.